A Reflection on Independence Day, 2022

As we celebrate Independence Day, it is not unreasonable to question whether or not our independence is being eroded. Would our founding fathers be pleased with our republic today? Most likely NOT.

I watched some Sunday talk shows yesterday, because of what is occurring politically, economically, and socially in the United States, in addition to world affairs we are currently engaged in. Much of yesterday's panel discussions eventually turned to the 2024 presidential election, because that could prove to be a consequential year for the future of our country.
Liz Cheney was interviewed on ABC yesterday morning. I continue to admire her courage for exposing Donald Trump for who is really is, and she rightly believes he should never be allowed to run for public office again. In fact, she hasn't ruled out running in the Republican presidential primary in 2024, even though radical wings of the GOP are attempting to punish her for her role in the January 6 investigative committee.
On the Democratic side of the aisle, as discussed on NBC's Meet The Press yesterday, there is hope within party ranks that Joe Biden will announce ahead of this year's midterm elections that he is not running in 2024. He is being blamed by most in our country for the current state of the economy, even though presidents have very little to do with prices at the gas pump or at grocery stores.
As I have stated previously, if Democrats hope to be successful in the midterms and in 2024, they must put forth an energetic presidential candidate with solid ideas for fixing what currently ails our divided country. If Joe Biden does make an announcement prior to the midterms that he is not running for reelection in 2024, it will give prospective primary candidates plenty of time to assemble their platforms and raise funds for their campaigns. I am convinced Biden would not win in 2024, even if there were to be a rematch with himself and Donald Trump. Hopefully, the mainstream GOP will come up with someone other than Trump, whether he decides to run again or not. (It is interesting that recent polling in New Hampshire placed Ron DeSantis ahead of Trump.)
In conclusion, today's celebration of our independence is competing with disturbing developments in our country. What happens this November and in 2024 will have a huge impact on whether or not we will survive as the republic envisioned by our founding fathers.
Posted by Ray Grosswirth at 6:53 AM No comments:

A Reflection On The Supreme Court's Decision

As I reflected on last Friday's Supreme Court decision, I thought about the year I was one of the website moderators for a national organization called 'Catholics for Kerry.' At the time, John Kerry, a Catholic, was running for the presidency. His critics often referred to him as being "pro-abortion." I repeatedly stated at the time there is a distinct difference between pro-abortion and pro-choice. (Kerry was pro-choice, as am I.) I don't personally know anyone who can properly be referred to as pro-abortion. The whole matter is rather about allowing a woman to have a choice, and I am 100% for that.

I don't know where the Supreme Court is headed next. Clarence Thomas suggested the court could tackle such issues as contraception and same-sex marriage. Hopefully, the justices will leave these matters alone. Enough damage was done last Friday, which now permits individual states to administer draconian laws that in some cases won't even allow abortions in cases of rape or incest.
In the eyes of the Roman Catholic Church, I can most likely be labeled a sinner, because I am pro-choice, I support the use of birth control, and I was ordained a married priest in 2006 by a married archbishop. In addition, amongst the more than 100 marriages for which I was the officiant, there were a few same-sex couples.
I continue to hope our country becomes more inclusive, and this includes religious institutions. Sadly, the U.S. is currently being looked upon as a divided nation. As Abraham Lincoln correctly stated, "a house divided cannot stand."
Posted by Ray Grosswirth at 8:55 AM No comments:

Performing arts organizations are facing tough decisions when it comes to Russian conductors, soloists, composers, etc. I personally don't feel their performances should be canceled in the U.S., unless they are openly supporting Vladimir Putin's actions in Ukraine. I have noticed that a few symphony orchestras have canceled or postponed the appearances of Russian guest conductors. The latest such decision was made by the New York Philharmonic Orchestra.

My sense is that if Russian performers were allowed to speak openly, most would condemn Putin's actions. They are often placed in difficult situations when they travel, especially when they leave family members behind. When I was an Eastman student in the 1960's, famous composer and conductor Khachaturian came to the school for a week to work with students. He was accompanied by Soviet security, which prevented him from either defecting or speaking politically. When Dmitri Shostakovich composed, he was under extreme pressure concerning the type of music he could write, but managed to articulate freedom of expression whenever possible. Peter Tchaikovsky's lifestyle could have ended up with his exile in Siberia. However, Russian bureaucrats turned a blind eye, knowing how popular his music was around the world.
This is not the first time that the performing arts has found itself in difficult circumstances. I was thinking back to the life of my favorite composer, Gustav Mahler. For many years, his music was banned in Germany and Austria, for the simple reason he had Jewish origins. He converted to Catholicism, thinking it might ease his situation. However, Germany and Austria did not relent. He eventually came to the U.S., where he became the music director of the New York Philharmonic Orchestra for several years and his compositions experienced a resurrection under the influence of Leonard Bernstein.
I continue to pray for the good people of Ukraine, and for Russians who would prefer not to be under the autocratic rule of Vladimir Putin. In the meantime, I hope the healing quality of music is allowed to thrive. Difficult decisions will continue to be made by performing arts organizations. However, I believe art must always transcend politics.
Posted by Ray Grosswirth at 8:50 AM No comments:

Unlike the past couple years, I don't expect to comment on much politically in 2022. Sadly, the political environment around the country is expected to be sharply divided and perhaps violent in some areas. I would simply urge both Democrats and Republicans to vote for candidates with good character and with the intent of serving the best interests of their constituents, rather than the type of self-serving behavior we witnessed with Donald Trump and elected officials who supported his big election lie.
I am hoping Congress will pass a voting rights bill that would potentially override some of the draconian laws that were passed in a few red states. Currently, Republicans have an edge in the 2022 House and Senate races, due to redistricting in red states, and highly restrictive voting laws that will make it difficult for voters in those states who voted for Joe Biden in 2020. Fair and safe elections must be normative in all states. This is why a voting rights bill is needed at the federal level.
I worry about the future of our democracy, as GOP leaders continue to bend to the will of Donald Trump. I hope voters not wanting an autocracy in the U.S. will show up in force next November, even if red states shut down polling places they are accustomed to. It is a matter of doing whatever it takes to preserve our democracy, and this is why I pin my hopes on a federal voting rights bill.

Posted by Ray Grosswirth at 8:36 PM No comments:

Over the years, I have worn many hats: classical music, broadcasting, banking, government, politics, serving on non-profit boards, ministry, etc. I have made a decision to retire from ministry this year. It has been a privilege to be an officiant at multiple weddings, funerals and baptisms over the past 15 years. I now look forward to a quiet life, with the exception of my presence on social media. 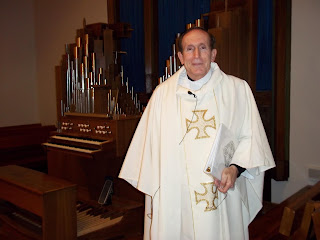 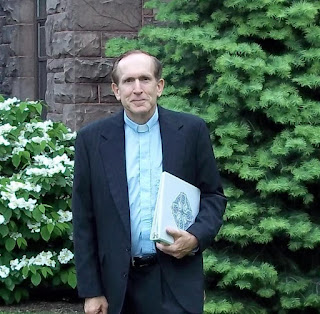 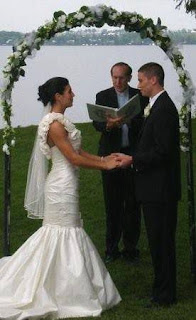 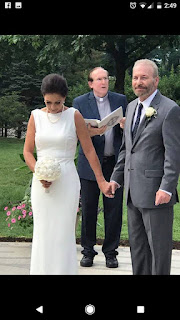 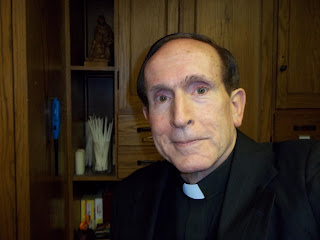 Posted by Ray Grosswirth at 7:56 AM No comments:

Gun violence has become an out-of-control epidemic. Defunding police departments is not the way to go. Police are currently stretched to the limit. Each shooting requires a rapid response, and lengthy investigations are needed when suspects are not immediately identified.

I propose a six-step plan toward ending escalating violence that threatens every community across America: 1.) Increase the number of counselors in our nation's schools. (Addressing violent tendencies early is important.); 2.) Increase the size of community service bureaus within police departments to meet with individuals/families and address neighborhood safety concerns; 3.) Implement a nationwide ban of assault rifles, including stiff fines and jail sentences for violations of the ban; 4.) Increase the level of investigations done by the FBI and the Bureau of Tobacco and Firearms to stop the flow of illegal gun trafficking. (Trafficking illegal guns across state lines is a federal offense.) 5.) Continue to monitor the level of lead paint in older homes. (There is a proven correlation between the presence of lead in the brain and violent tendencies.); 6.) Write letters to members of the House and Senate, urging common-sense gun laws that don't infringe upon the 2nd Amendment. (It is doubtful GOP members of the House or Senate will consider any gun laws, but giving up on legislation is not an option when lives are at risk.).
Sadly, gun violence has always been present in the U.S. However, the present numbers are unprecedented. It is almost impossible for the U.S. to be a positive influence in the world when there is so much violence on our streets. We must do better as a society.
Posted by Ray Grosswirth at 3:08 PM No comments:

I received my Ancestry DNA results today. I am 50% European Jewish, 32% Irish Catholic, 7% Norwegian, 5% English, 4% Scottish, and 2% Swedish. I have over 1,000 cousins worldwide to explore. I already knew which part of Europe my paternal ancestors lived. However, I never knew until now which part of Ireland most of my maternal ancestors resided (Munster Province, Ireland, which included the counties of Clare, Limerick & Tipperary).

I wrote an extensive family history for my relatives a few years ago. I will now have other avenues to explore.
Posted by Ray Grosswirth at 9:33 PM No comments:

Ray Grosswirth
I have an M.A. in Theology and an M.Div (Master of Divinity) from St. Bernard's School of Theology and Ministry. I am retired from my former positions in broadcasting, government, non-profit boards, classical music, and ministry. In addition to this blog, I have a YouTube site at www.youtube.com/priestray and I have a Facebook page.